Welcome back! As many of you know, Top Ten Tuesday is a weekly meme hosted by That Artsy Reader Girl. This week’s topic is Back to School! I decided to go with my favorite non-fiction books, some of which are textbooks from college. As I don’t read nearly as much non-fiction as I would like to, I didn’t quite have enough to fill up a Top Ten so the last few books are actually going to be the non-fiction books that are highest on my TBR!

In no particular order of my favorites, here we go! 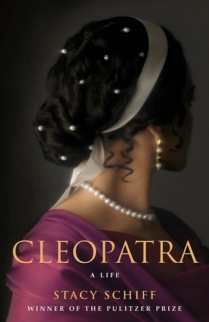 Cleopatra: A Life by Stacy Schiff

As I’m sure you can guess from the title, this is a biography chronicling the life of one of the most famous women in history. While I had a vague idea of who she was prior to reading this, this book was my first experience reading about her and I was engrossed.

Probably the thing that kept me fascinated even after I finished reading was that there is no historical record that indicates that she was exceptionally beautiful as modern culture portrays her. She was likely just as plain and average-looking as the next woman. Yet somehow she enchanted not one, but TWO, of the most influential Romans of her time. Add this to the fact that Romans were some of the least-romantic people around then and I just couldn’t get enough!

You’re Never Weird on the Internet (Almost) by Felicia Day

If there is one book on this list that I will push on absolutely everyone, it is Felicia Day’s memoir. This is actually from my Goodreads review before I ever started blogging:

“If I ever get around to actually making my blog rather than just daydreaming about it, this book is part of the reason.”

Even if you don’t read a lot of memoirs, her memoir is filled with her quirky personality and is an absolute joy to read.

A Little History of the World by E.H. Gombrich

Although I wouldn’t call myself a history buff really, I do greatly enjoy learning about it so this will probably be a recurring theme in this post!

I will go ahead and say that this book is not perfect. Although it says “world” history is the topic, it is very western- and euro-centric with scant information on Eastern history.

Despite that, I liked this book a lot because it introduced a lot of parts of Western history that I was unfamiliar with so it gave me a basis to start learning more in areas that interested me.

Tesla: The Wizard of Electricity by David J. Kent

I don’t even remember why I bought this book but I read it soon after I brought it home from the bookstore and just devoured it.

This book is a biography about the life of Nikola Tesla. I had heard his name but honestly had no idea of his role in modern technology and the drama between Tesla and Thomas Edison. It is both fascinating and frustrating to read about it because there is no telling where we would be technologically is Tesla had not been stunted at every turn. 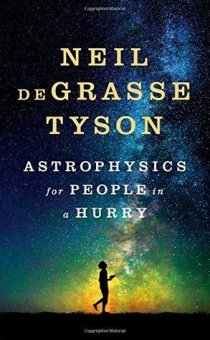 Astrophysics for People in a Hurry by Neil deGrasse Tyson

Such an interesting book! And not very long at all.

In every page you can feel Tyson’s enthusiasm for the subject matter which makes it more engaging to read about things with insanely long names that never made sense before!

Although it is so small, I did have to take this book a chapter at a time because it is packed with so much information that I went into overload a little bit 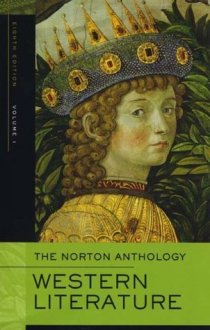 The Norton Anthology of Western Literature

Okay so this is one of those textbooks that I mentioned would be in here.

I read (parts, because this thing is massive) of this book for my World Masterpieces Lit class in college and that class gave me a new appreciation for how to read classics. I had read a few prior to taking this class but it really opened my brain up I guess for how to look at a work through history and taking it as an example of that time and place’s culture and what it tells us about them today.

That class was no where near long enough for me, I could have stayed there for years.

Does the Center Hold by Donald Palmer

The last book on my favorite non-fiction list is also a textbook, this time for an Intro to Philosophy class (coincidentally, I took this class the same semester as the above Lit class. It was a good semester).

This book breaks down the basics of philosophy in a way that was so easy for me to understand. It all just clicked, instantly. And it didn’t go the way I thought it would. Honestly, this class and book was more a training exercise in how to think more deeply and more analytically about things. Arguments and counterarguments. I know this won’t be for everyone, but I still love this book.

So since I only had seven favorite non-fiction books, here are three more that I want to read.

›››The Shadow King by Jo Marchant

›››The Radium Girls by Kate Moore

What are some of your favorite non-fiction books? Let me know in the comments!