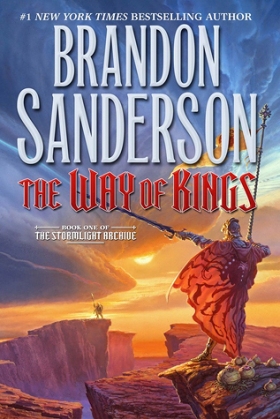 After 1000 pages or 45 hours of audio, looking up from The Way of Kings at the rest of the world feels a lot like 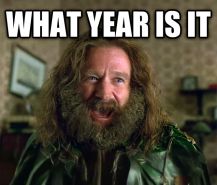 I’m not actually sure what to do with myself now that this book is done.

A book this long probably deserves an equally proportionally long review. Unfortunately, we can only emphasize how much we loved it so many times in one review.

Of all of Sanderson’s books, Way of Kings has go to be the ultimate showcase for his world-building skills. The world of Roshar is incredibly expansive and I’m sure the first book barely acknowledged all that is going on in it. Just looking at the maps included in the book, it is obvious how much effort has been put into creating it.

The culture of Roshar, Alethkar in particular, is very well defined. From women keeping their “safehands” (their left hand) covered to clear cut gender roles to cities constructed around the existence of the dangerous highstorms that rage every few days. Glimpses are shown into the lives and cultures in other areas of Roshar but they were not major to this book, although it is beyond a doubt that they will come into play in the future.

The gender roles in this book went way beyond what one thinks of when you think of traditional gender roles. It did not go into “women have to be mothers/homemakers while men rule the world.” Women are homemakers and mothers but they are also scholars and engineers. Men are not allowed to learn to read or write unless they are part of the Ardentia (the church, essentially) so fields of logic, mathematics, philosophy, sciences, etc are largely women’s world. It didn’t really go into what all men can do apart from waging war and being physicians.

A lot of attention is actually given to the covering of women’s left hand. It is really tempting to think it is simply something included to add to the culture of the country but it is mentioned so often that I have
to wonder if it is part of something bigger although I have no clue in what way.

Being a nearly 1000 page book, it does move slowly at times, but that’s because the scope of the story is huge and needs time to progress naturally. As mentioned, the this is a expansive, unique world unlike any I’ve seen so far in other fantasy novels so it takes time to set it up and to set up the characters. Despite this, not a scene feels wasted, nothing is filler. The interludes are a little jarring because they move away from the main three characters into other very minor ones. They still have in important function in the story though in showing the reader other parts of Roshar that Dalinar/Kaladin/Shallan’s stories do not explore.

Sanderson also has an in depth discussion via his characters regarding gods and religion. A main character, Jasnah, is an atheist. Because of this, many more religious characters question her a lot about her beliefs so there are several conversations in the book about the role that religion plays in morality. Discussions like these are always fascinating to me and Sanderson manages to have them without it being propaganda one way or the other.

I think that I kind of have a thing for watching a character inspire other not only to follow them into dangerous situations but to simply be better people. It was one thing that I really liked about Tavi in the Codex Alera series and it’s something that I love about Kaladin in this series. That said, Kaladin is a much more complex character. He goes through numerous episodes of self-doubt and having to force himself to do the “right” thing even though experience has taught him that it will just bite him in the end.

I read this book for the first time a few years ago so this was my second time through it. I have to say that I actually enjoyed it more and got into the story a lot more this time around. I think this is because there is just simply so much going on and I did not take the time to understand it all the first time around. Now that I have, a lot more make sense. Listening to it on audiobook helped a lot with that.

There is a lot that I have questions and theories about and wish that I could help Mr. Sanderson in his writing of the third book so that once we are done reading through Words of Radiance, book 3 will be waiting for me. It is absolutely one of those books that you can really get invested in and there is a bit of a shock in coming back to the real world.

Oh my goodness… What can I say that truly says what I feel about Way of Kings? This book was phenomenal! Usually when in a story when there are multiple points of view in different locations, one of those POS can get boring and you would rather stay with the others. Every chapter, every page, hell even the weird interlude chapters between the different parts were interesting! Not a single page felt wasted in this book.

The stormlight is so interesting and we were only given a taste of it. The shard blades and armor are freaking cool and I want two please! The shard blades can cut through anything inanimate, but when it hits flesh of any kind it doesn’t cut your skin, but your soul!

I love the personality of all of these characters make me love or hate everyone. From the king to the slaves that Kaladin runs with, every character had a personality and voice that made them unique. That’s not even mentioning the main characters!

You can see the love and time that Sanderson put into this book. It is well worth the time and effort to read the long adventure. And guess what… there are 9 more books coming… oh man I am ready! Can we start Book 2?!